Keynote: Computing at the Extreme Edge 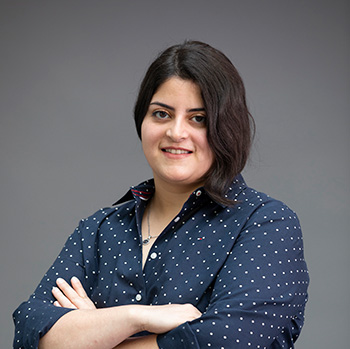 Shadi Noghabi is a senior researcher in the Networking Research Group at Microsoft Research. She received her Ph.D. Degree in CS from the University of Illinois at Urbana-Champaign in 2018 where she worked on the design and development of several large-scale production systems. Specifically, in collaboration with LinkedIn, she developed Ambry, a geo-distributed storage system used as the main backed for media objects at LinkedIn, and Samza, an Apache open-source stream processing framework used by LinkedIn and 10s of other companies. She has received the David Kuck Outstanding Thesis Award and the Microsoft Research Dissertation Award for her work during her Ph.D. Her current focus at Microsoft is on edge computing and Industrial IoT. She is currently working on developing highly available and scalable management platforms for the edge, ranging from small edges in remote areas to large renewable-based edge data centers and edge computing in space.

Abstract: Edge computing, where compute capacity is placed close to the data generation, has become an increasingly popular architecture. Using an edge enables lower latency, reduced bandwidth consumption, continuous computation despite disconnection from the cloud, and data privacy, all of which have created the widespread penetration of edge computing across many industries ranging from enterprise scenarios, manufacturing, agriculture, to 5G networks. However, in many such scenarios, the edge is not equivalent to a cloud data center with large reliable compute and networking infrastructure. Often, edges are in remote locations, with intermittent and weak network connectivity alongside limited and unreliable compute capacity. We refer to such edge setups as the "extreme edge".

In this talk, we will cover three such extreme edge scenarios, each with its own unique constraints, and describe the techniques used to cope with such constraints. First, an edge data center scenario deployed right at renewable farms and powered solely by renewables where the compute capacity varies based on the power production. Second, an edge in the farm scenario with limited network connectivity to the cloud while requiring the processing and uplink of drone imagery in near real-time. Finally, the uprising area of edge in Space (LEO satellite constellations) with both intermittent network and compute while capturing orders of magnitude more data than the bandwidth available. 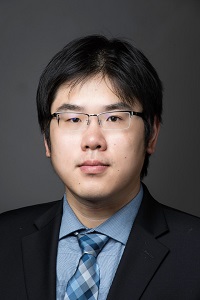 Xiang Chen received his Ph.D. degree with the major of computer engineering in 2016 from the University of Pittsburgh. After that, Dr. Chen joined the George Mason University and founded the Intelligence Fusion Lab. His research works focus on high-performance computing, artificial intelligence, large-scale systems, and various mobile and edge applications. He also received the NSF CAREER Award, Best Paper Award in DATE, and several other competition awards. With close collaboration with industrial labs and vast universities, he is currently leading multiple research projects funded by NSF, AFRL, Comcast, and Microsoft.

Abstract: Recently, through algorithm optimization and computing acceleration, emerging AI applications (e.g., autonomous driving, metaverse immersion) have started to incorporate multiple deep neural networks (DNN) for various sub-task interactions and syntheses (e.g., object detection, image segmentation). Different from conventional singular DNN model deployment, such a trend redefines the “multi-tenant” problem for AI computing. In one of the most popular DNN computing platform – GPU, such a trend triggers a series of new challenges in terms of capacity, parallelism, scalability, and manageability. Therefore, through this talk, we would like to rethink the existing GPU support to multi-tenant AI computing and explore potential challenges and opportunities.

Abstract: Remote sensing is one of the basic enabling technologies for Internet-of-Things (IoT) systems. In the domain of hydrology, IoT-based products can significantly enhance the process of water quality and resource management. It is highly necessary to continuously monitor water bodies for ensuring the long-term stability of a region's hydrological and ecological ecosystems. Water body monitoring with IoT and remote sensing techniques has advanced along with an increase in freely available, high-resolution data. In this paper, we propose a model for mapping the remote sensing data available at low resolution to a high-resolution counterpart for the purpose of water body areal change monitoring. We propose to leverage our low to high-resolution mapping to generate synthetic data at high resolution, at time steps when only low-resolution data is available. We then use the enriched dataset to forecast the areal change in the Great Salt Lake water body.


Analysis of Privacy-Preserving methods employed in the smart healthcare Ecosystem

Abstract: The fast growth of Internet of Medical Things (IoMT) innovation has resulted in several breakthroughs in the smart healthcare field; it enhances healthcare systems to give more complex real-time services and more efficient patient motioning system. Nonetheless, despite IoMT's dazzling side, some problems continue to stymie its acceptance. In reality, collecting, transferring, storing, and utilizing data in IoMT applications raises concerns about privacy and data protection, particularly given the large number of parties involved throughout the data life cycle. Motivated by these facts, the purpose of this research is to conduct a Systematic Literature Review (SLR) of privacy-preserving methods employed in the smart healthcare ecosystem.

Abstract: Agriverse is an abbreviation of "Agriculture Metaverse". This platform aimed to employ AI/ML techniques to provide insights for the farmers, currently targeted at dairy farmers. The farmers can monitor and control the barn equipments in order to maximally optimize water usage and improve farm efficiency. In a ten-year span, for 500-cow size farms, owners can save over $1300 cost per year with Agriverse. The Agriverse team is formed during the Cornell Initiative for Digital Agriculture's fourth annual hackathon. 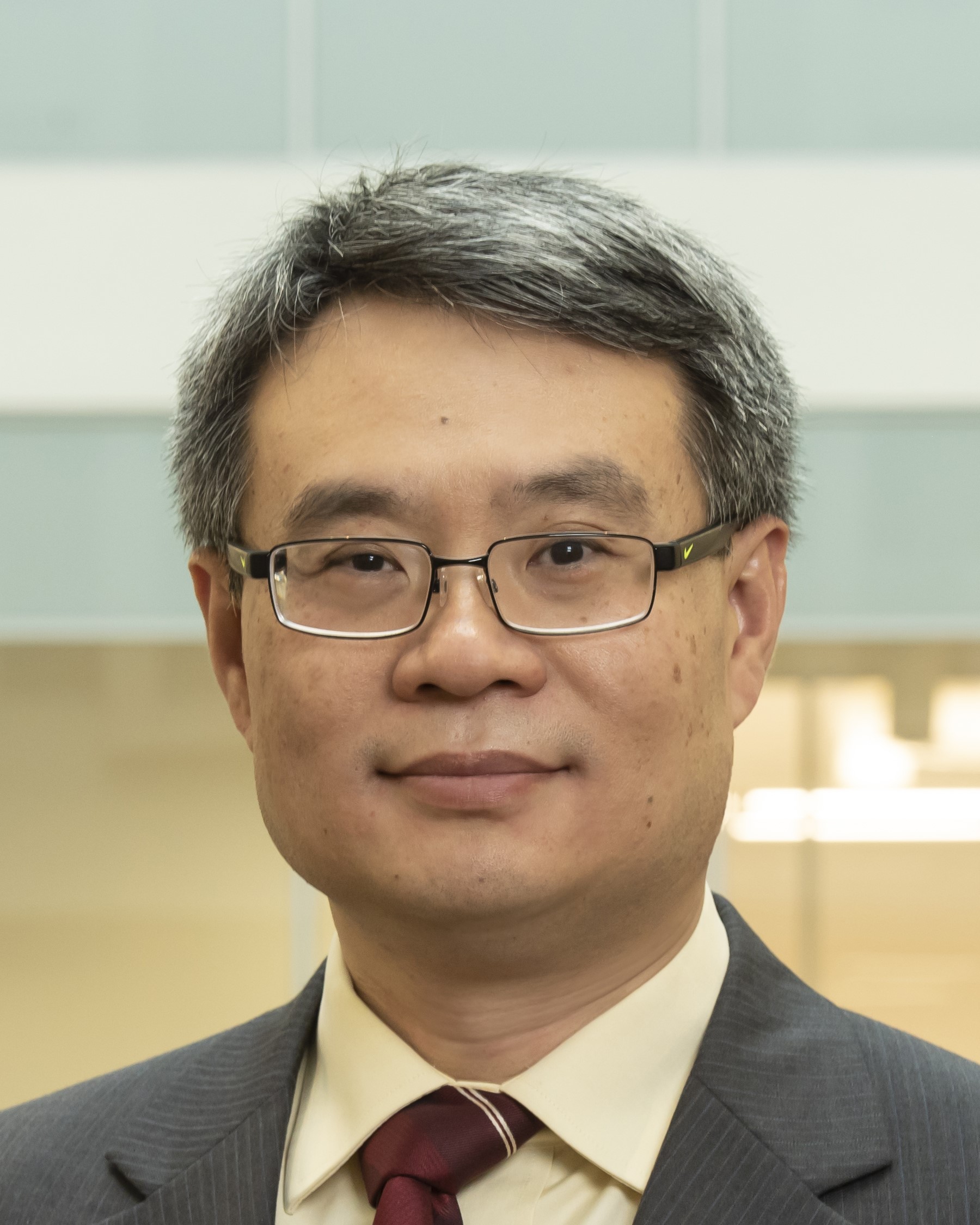 Yiran Chen received B.S. (1998) and M.S. (2001) from Tsinghua University and Ph.D. (2005) from Purdue University. After five years in industry, he joined University of Pittsburgh in 2010 as Assistant Professor and then was promoted to Associate Professor with tenure in 2014, holding Bicentennial Alumni Faculty Fellow. He is now the Professor of the Department of Electrical and Computer Engineering at Duke University and serving as the director of the NSF AI Institute for Edge Computing Leveraging the Next-generation Networks (Athena), the NSF Industry–University Cooperative Research Center (IUCRC) for Alternative Sustainable and Intelligent Computing (ASIC), and the co-director of Duke Center for Computational Evolutionary Intelligence (DCEI). His group focuses on the research of new memory and storage systems, machine learning and neuromorphic computing, and mobile computing systems. Dr. Chen has published 1 book and about 500 technical publications and has been granted 96 US patents. He has served as the associate editor of more than a dozen international academic periodicals and served on the technical and organization committees of more than 60 international conferences. He is now serving as the Editor-in-Chief of the IEEE Circuits and Systems Magazine. He received eight best paper awards, one best poster award, and fourteen best paper nominations from reputable international conferences and workshops such as MICRO, KDD, DATE, SEC, etc. He received numerous awards for his technical contributions and professional services such as IEEE Computer Society Edward J. McCluskey Technical Achievement Award, ACM SIGDA Service Award, etc. He is a Fellow of the ACM and IEEE and now serves as the chair of ACM SIGDA.